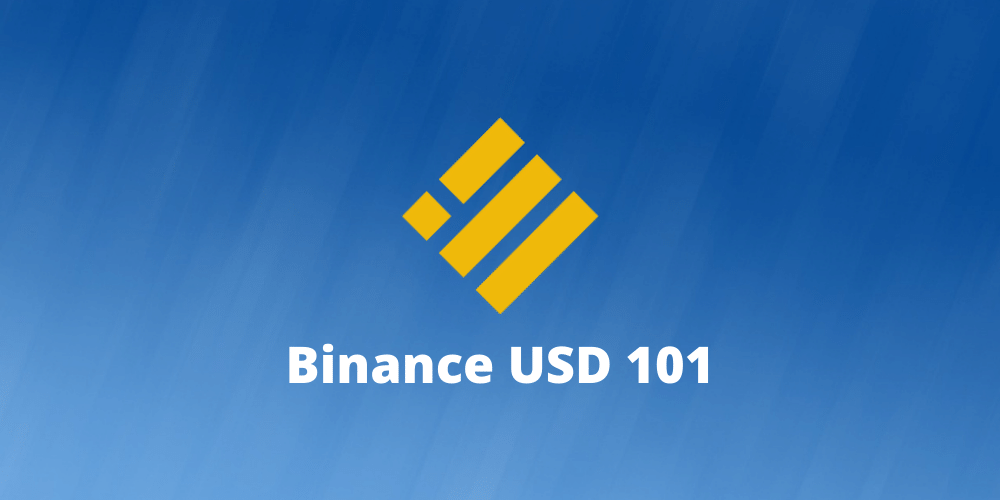 After becoming the sixth-highest ranked cryptocurrency in just under 3 years, BUSD has positioned itself as one of the most popular stablecoins. But is this cryptocurrency truly useful? Could BUSD increase in adoption and race to the top spot or will this stablecoin become a Binance disgrace? In this article, we’ll answer these questions by explaining what BUSD is, how it works, and how it differs from other popular stablecoins. It took us a lot of research to write this article. Therefore, we can ensure that, after reading this guide, you’ll understand all there is to know about Binance USD.

What Is Binance USD (BUSD)?

BUSD is a fiat-backed stablecoin issued by Binance and Paxos. Each BUSD token is backed 1:1 with US dollars held in reserve. BUSD aims to provide a more stable cryptocurrency alternative for traders and investors who are looking to avoid the volatility of the digital asset market.

Binance is the world’s largest cryptocurrency exchange by trading volume. The launch of BUSD on the Binance platform is a strategic move to further increase the adoption of cryptocurrencies. By providing a stablecoin option, Binance can appeal to a wider range of users who may have been hesitant to enter the digital asset market due to volatility.

It’s also a way to advertise their exchange as this stablecoin is used in various pairs on Binance.com including BTC/BUSD, ETH/BUSD, and XRP/BUSD. By creating more trading pairs, Binance can attract more users to its platform. The reason why native stablecoins are important for a company like Binance is that it helps to create a more seamless experience for users.

BUSD is an ERC20 token built on the Ethereum blockchain. However, it also supports BEP-2. BEP-2 is a technical standard that defines how new digital assets can be created and transferred on the Binance Chain.

The Binance Chain is a blockchain platform developed by Binance. By being interoperable between the company’s native chain and the most popular smart contract platform, Binance can offer its users a wide range of options when it comes to digital assets. Many wallets and lending platforms also accept BUSD. This provides the infrastructure needed for Binance USD to be widely used.

For example, a user can buy BUSD with BTC on the Binance.com website and then use the BUSD to trade on the Binance DEX. If they want to participate in Ethereum smart contracts, they can convert their BUSD to ETH. Whether a BUSD holder is interested in yield farming, collateralizing for loans, paying for goods or services, and everything in between, there are various benefits to holding Binance USD.

This stablecoin is approved and regulated by the New York State Department of Financial Services (NYDFS). Along with regular audits, this regulation helps to ensure that each BUSD token is backed 1:1 with US dollars. This assurance gives investors more confidence when using this stablecoin.

Overall, Binance USD is a stablecoin with versatile features. Backed by the largest cryptocurrency exchange in terms of trading volume, BUSD has a lot of potential. In the next section, we’ll explore how BUSD works and how it’s different from other popular stablecoins.

How Does Binance USD Work?

If you have already read our guide about stablecoins, you know that there are different types of stablecoins available on the market. BUSD is a fiat-backed stablecoin, which means that for every BUSD in circulation, there is $1 kept in a bank account as a reserve.

Note: This is different from other popular stablecoins, like DAI, which are instead collateralized using other crypto currencies.

Paxos is a regulated financial institution that issues digital assets. They are also the company behind the popular PAX stablecoin. As a cryptocurrency custodian, Paxos is responsible for holding the USD reserves that are used to back the BUSD tokens. This digital financial infrastructure allows BUSD to be fully redeemable for US dollars.

Binance, on the other hand, is responsible for managing the BUSD token. This includes listing the token on their exchanges and providing customer support. In other words, Binance is the face of the BUSD stablecoin.

As mentioned earlier, the BUSD token was created with the help of Ethereum’s ERC20 standard. However, it is also compatible with Binance’s BEP-2 standard. This means that the token can be used on both Ethereum and Binance Chain. The way this works is that when a user wants to move their BUSD from one blockchain to another, they simply have to convert it using Binance’s Convert function.

The Binance Convert function is a feature that allows users to seamlessly move their digital assets between different blockchains. This is possible because Binance acts as a bridge between the two chains.

The Binance Convert function is a key feature that makes Binance USD a versatile stablecoin. By being compatible with both Ethereum and Binance Chain, the token can be used in a variety of different applications.

Simply put, Binance USD works because Binance’s influence partnered with Paxos security provides people with a digital dollar they can trust not to wildly fluctuate in value. When this is combined with monthly attestation reports and strong regulations, it becomes a very appealing stablecoin.

The Story of BUSD Coin (BUSD)

In September 2019, Binance announced that it was launching a new stablecoin. The token was developed in partnership with Paxos, a regulated financial institution that issues digital assets. The founder of Binance, Changpeng Zhao, stated that the new token would be fully backed by US dollars.

Paxos started as a fintech company in 2012. The company is based in New York and is regulated by the New York State Department of Financial Services. In 2018, Paxos launched one of the first digital assets to be regulated by a US state. The asset was called PAX, and it was a stablecoin that was backed by the US dollar. Only a year later, Paxos launched BUSD in partnership with Binance.

This was a strategic move by Binance. By launching a stablecoin on their own blockchain, they were able to provide an alternative to Ethereum’s popular stablecoins.

In the months following the launch of Binance USD, the token quickly gained popularity. This was in part due to Binance’s aggressive marketing campaign. The token was also added to several popular cryptocurrency exchanges, such as OKEx and Huobi.

The demand for Binance USD continued to grow throughout 2020. The cryptocurrency’s market capitalization increased by about 1360%. BUSD had a market cap of about $1 billion at the start of 2021. In just one year, it grew to over $14.6 billion at the end of 2021. This is an important milestone for Binance and Paxos because it proved that there was a demand for USD-backed stablecoins outside of Ethereum.

Today, Binance USD is widely considered to be one of the most successful stablecoins. The token is used by millions of people around the world and has become a staple in the cryptocurrency industry. The story continues and Binance remains a dominant force in the space. As more and more people become familiar with this industry, some users will gravitate towards BUSD as their stablecoin of choice.