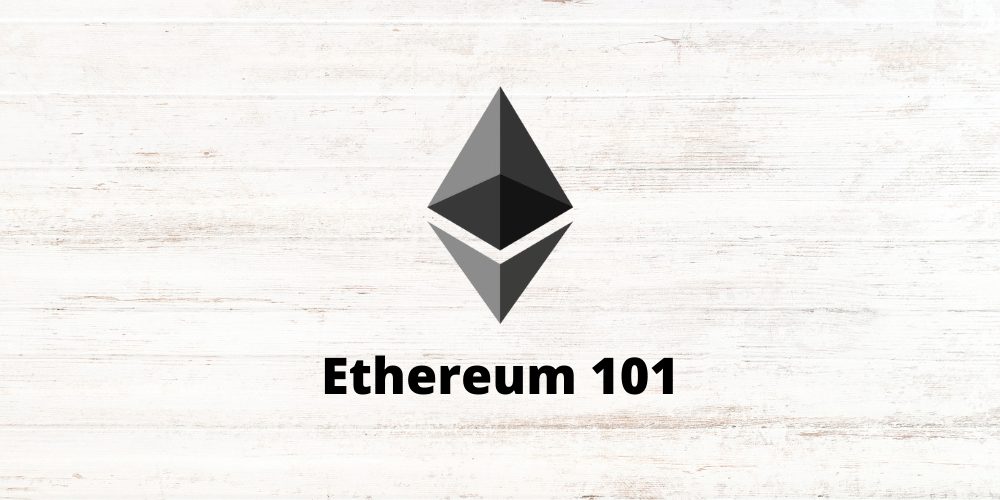 Ethereum (ETH) has increased in value by a shocking 282.267% over the past 3 years. ETH has staked its place as the second-largest cryptocurrency by market cap. But can this dominant trend last? Could ETH be a great long-term investment or will it become something from the past? To help you create an investment thesis, it’s essential to understand what Ethereum is. It’s important to explore how it works and how it differs from other popular blockchains. It took us countless hours of research to write this piece. Therefore, we are confident that this is the only guide you need to learn everything about ETH.

What Is Ethereum (ETH)?

This is revolutionary because it allows for the development of a wide range of applications that were not possible before. For example, Ethereum has been used to create decentralized exchanges, lending platforms, and voting systems. By being decentralized, these applications are not subject to censorship, fraud, or third-party interference.

Ethereum is similar to Bitcoin in that it is a blockchain-based cryptocurrency. However, Ethereum is unique in that it has its own programming language, which allows developers to build Dapps. Ethereum also has its own currency, called ether. Ether (ETH) is used to pay for transaction fees and gas costs.

The promise of functional decentralized applications is bold. However, Ethereum has been extremely successful so far. As mentioned earlier, It’s the second-largest cryptocurrency by market cap and has a wide range of applications that are being built on top of it. But how exactly does this innovative technology work?

How Does Ethereum Work?

The Ethereum blockchain is a public ledger that records all the transactions made on the network. The transactions are then grouped into blocks, and each block is chained to the previous one, creating a blockchain.

The Ethereum network consists of nodes, which are computers that run the Ethereum software. These nodes work together to verify transactions and group them into blocks. Once a block is verified, it is added to the blockchain.

Ethereum also has something called miners, which are people who use their computer resources to help validate transactions and add them to blocks. Miners are rewarded with ether for their efforts. Currently, Ethereum uses a proof-of-work model but is planning on transitioning to a proof-of-stake consensus model.

The combination of nodes, miners, and the Ethereum software work together to create a decentralized network that is not controlled by any central authority. This is what makes Ethereum so unique and different from other blockchains.

Developers will also have the ability to create their own tokens to use with their Dapps. These tokens can be used for a variety of purposes, such as paying transaction fees or voting. For example, the token for a decentralized exchange may be used to pay transaction fees.

A common type of token that Dapps use is ERC-20 tokens. An ERC-20 token is a cryptocurrency that is built on the Ethereum blockchain. The term “ERC” stands for “Ethereum Request for Comment”. The “20” is the number assigned to this specific request. This is the standard for creating fungible tokens with smart contract capabilities to be used in the Ethereum ecosystem.

There are other types of ERC tokens such as ERC-721 which are used for non-fungible tokens. These are tokens that represent a unique asset, such as a piece of art or a collectible. This allows for a diverse use case and flexibility for developers and creators to implement their own innovative ideas.

To summarize, the way Ethereum works is that developers can create decentralized applications, which are powered by Ethereum’s blockchain. These applications can be used to do a variety of things, such as a lending platform or a decentralized exchange. Transactions on the Ethereum network are verified by nodes, which group them into blocks. Once a block is verified, it is added to the blockchain.

The Story of Ethereum

The Ethereum network is constantly growing as more and more people use it. This growth is what allows the network to be secure and decentralized. However, it started as just an idea in 2013 from 19-year-old Vitalik Buterin.

Vitalik was interested in Bitcoin and blockchain technology. He saw the potential for blockchain to be used for more than just payments. He believed that it could be used to create decentralized applications (Dapps). Along with his co-founders (Anthony Di Iorio, Charles Hoskinson, Mihai Alisie & Amir Chetrit) they went on to create Ethereum.

Within the next 5 years of the decade, Ethereum became the most successful smart-contract blockchain platform. It was used to build many popular decentralized applications such as AAVE, MakerDAO, and Uniswap. After these applications arrived, the use of Ethereum blockchain started to grow exponentially.

The Ethereum network continues to grow as more and more people use it for a variety of purposes. It is constantly evolving and improving. Now in 2022, it is estimated that about 11,539 ETH ($34 million) worth of value is locked in Ethereum smart contracts. However, the story isn’t quite over yet…

The merge from PoW to PoS has long been promised by the Ethereum Foundation to help secure the network as well as alleviate concerns around energy consumption. The original plan was for a full transition by early 2021 but this was pushed back due to unforeseen circumstances. The roadmap is still on track, however, with partial transitions beginning in late 2020 and a complete merge expected by late 2022.

This shift will have large repercussions for the entire Ethereum network. The staking of ETH will be required to validate transactions and produce new blocks. This will cause a large influx of ETH into the system as people will want to earn rewards for participating in consensus. Additionally, it is estimated that over time this will lead to a more energy-efficient network as PoS is less resource-intensive than PoW.

The Ethereum Foundation has also been working on other ways to improve the network. They are always exploring new technologies and trying to find ways to make Ethereum more scalable, efficient, and secure. Some of the most promising research is being done on sharding, which would allow the network to process more transactions per second without sacrificing decentralization.

The future looks bright for Ethereum. It has overcome many challenges and continues to grow in popularity. This story is just the beginning and we’re all eager to see what’s the next chapter of the world’s second-largest blockchain.